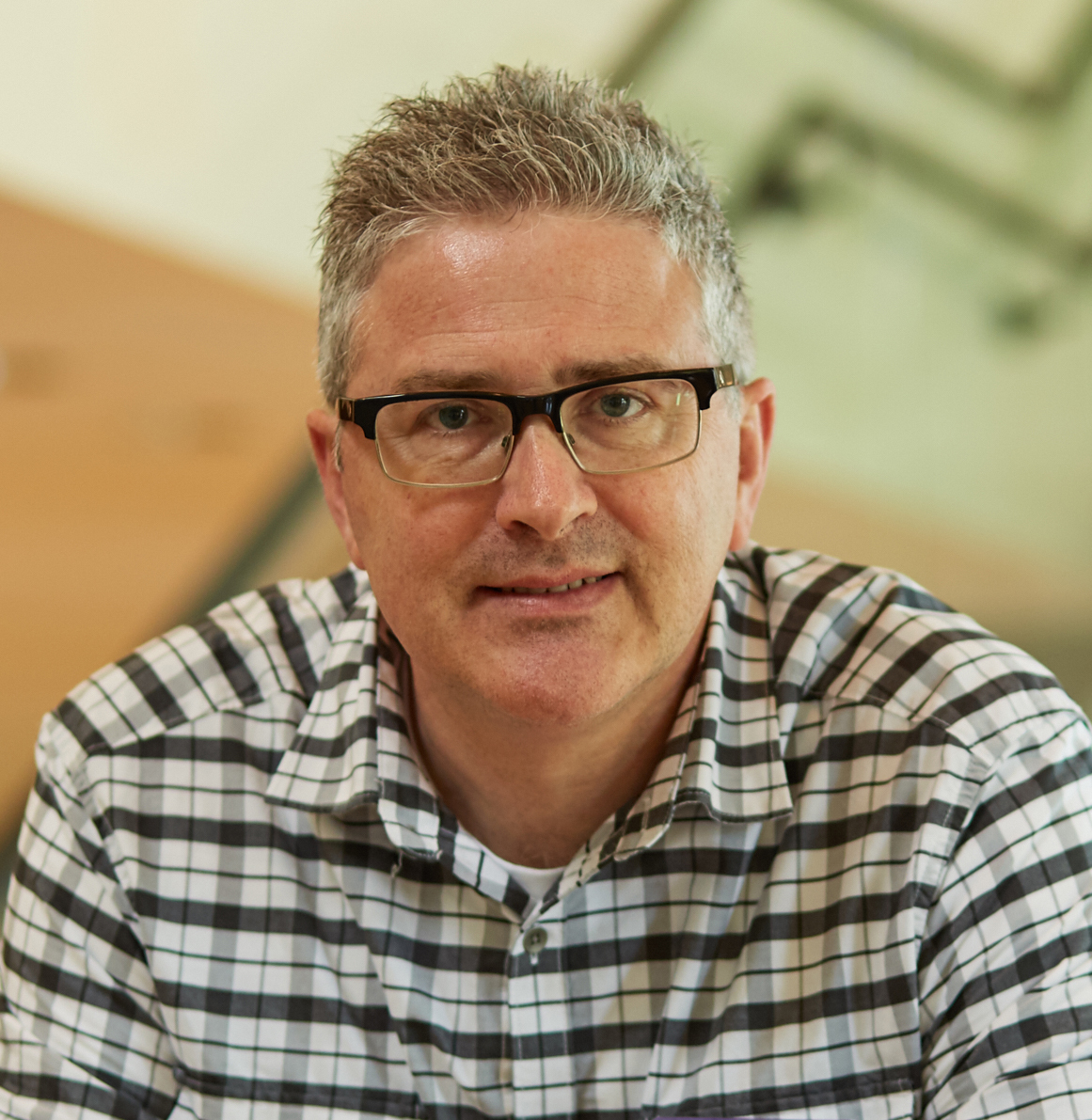 I've seen and done lots of interesting things over the years—most of them as a child—and most have little to do with my career. Raised in the farm country of northeastern Ohio, I helped my family raise honeybees and hound dogs. None of this benefitted my career either, however it was a perfect segue for an attempted career in a meat packing factory right out of college. Ultimately after a few frustrating months throwing around sides of beef and an unfortunate pallet jack mishap, I was convinced to look for safer work in the big city.

I took my first job in Pittsburgh as a designer in a small agency, Larck, Inc., designing annual reports, ads and collateral for many Pittsburgh companies. From there I went to work at the Graphic Arts Technical Foundation (now called Printing Industries of America) where I learned the deep secrets of the printing industry. I took that knowledge on to Allerton Marketing Communications as their print production manager and had the opportunity to work on many noteworthy accounts such as H.J. Heinz, Weight Watchers, Ocean Spray Cranberries, and Colgate-Palmolive.

When the dot com boom started, I was lured to Source W (Westinghouse) to work as their Production Manager in the world of new media, interactive, web design and electronic catalogs.

When CBS bought Westinghouse, I was lured back to Allerton Marketing to work on those big name accounts with outside-the-box thinking, crazy deadlines, all-nighters, and 80 work weeks. I jumped at the chance—that was the pace I loved.

From there I went on to spend nearly 10 years at PNC Bank, the 5th largest bank in the country, as their senior designer on a relatively new in-house creative team they were building. I worked with great vendors to produce some of the best work of my career. From designing the entire credit and debit card system to producing dozens of massive nationwide campaigns. I was living the creative dream.

And then, yet another time, I got a call asking if I was interested in a senior design position with a company that was building an in-house design team. I initially said no. Then I looked up the company (Crown Castle) and quickly called back my friend and said "Hey, hold up, I think I may be interested." And the rest is history. I've now been with Crown Castle for over 5 years and I am once again supporting a great marketing team with my creativity.

You may ask what is the purpose of this site fi you have a full time job. Well, I like to explain it like this. A designers job is like ice cream. Typically you get to enjoy a few specific flavors at work. You don't chose the flavors, they are the ones on the menu. If you love ice cream, you want to taste more than a few flavors—you like to taste many. That's me. I design in a few channels at work; and I love it. But, I crave many more flavors than what's at work and it typically doesn't change much over time. So, I do freelance to satisfy that craving for other types of ice cream. I get to design in other channels not available at work. It's beneficial to me for multiple reasons, but it is also quite beneficial for my current employer because it keeps me fresh and competitive which is crucial for any designer.

Whether it's design or consulting you need, I'm pretty sure I can help you out..